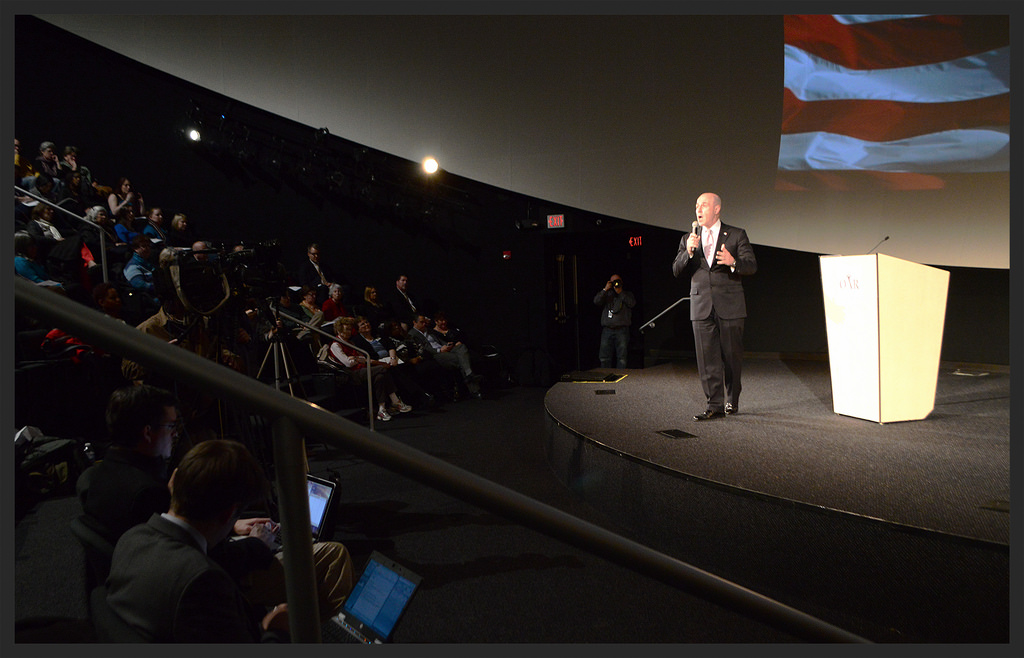 Bernard Kerik has a unique viewpoint from which to make recommendations about reforms in the criminal justice system. He served under Mayor Giuliani as New York City Police Commissioner and Department of Correction Commissioner, responsible for Rikers Island. And, in 2009 he went to prison on tax charges and for making false statements to authorities. He was released from a federal minimum security prison in Cumberland, MD last spring.

Kerik spoke to a full house at the Arlington Artisphere last Wednesday night, giving specific examples of how broken our country’s criminal justice system is. The forum was sponsored by Offender Aid and Restoration (OAR) and the George Mason University’s Center for Advancing Correctional Excellence.

In his first public speech since his release, Kerik spoke personally about his experiences in prison that showed him a new side of the criminal justice system that he hadn’t thought much about during a long law-enforcement career. “Now that I know,” he said, “I have to speak out.”

Kerik would put fewer people in prison. He suggested that the smarter way to fight crime is to provide alternative punishments for nonviolent and first-time offenders, as well as the elimination of the country’s mandatory minimum sentencing laws.

“Think about this,” he said. “I was in a minimum security prison that does not have a fence around it. The only thing keeping inmates inside the prison is their honor to do their time and not run away. If people can be trusted to stay in a non-secure prison, why can’t they be put on house arrest and stay home, going to work during the day and supporting their families.”

“Think of the money that would be saved,” he said.

Kerik is particularly critical of the minimum sentencing guidelines. Although the Supreme Court ruled in 2005 that these guidelines can no longer be mandatory, many judges still follow the guidelines carefully. The result is that too many people with non-violent crimes are serving too much time in prison, according to Kerik.

“Anybody that thinks that you can take these young black men out of Baltimore and D.C., give them a ten-year sentence for five grams of cocaine, and then believe that they’re going to return to society a better person ten years from now, when you give them no life improvement skills, when you give them no real rehabilitation,” he said. “That is not benefiting society.”

Kerik called prison “a training ground for criminality and thuggery,” and referred to mandatory minimums as “draconian” and “outrageous.”

Kerik backs shorter sentences with court-ordered education or community service to follow. “People must be held accountable for their actions, but our current system is not making our communities safer,” he said. “”The system doesn’t work. The system actually contradicts its own mission statement.”

Kerik praised the work of OAR in helping men and women return to the community and find new friends, employment and a new way of living. “With organizations like OAR to help, people are given a chance when they come home. Without this, there is little hope that those returning from prison can get a second chance at life.

Kerik engaged the audience in an informative Q&A session, responding to questions about what the average citizen can do to get politicians to address these problems. Kerik admitted he does not have many answers, other than to write congressmen and women that the minimum sentencing guidelines need to go.

Otto Girr, Vice President of Human Resources for Miller & Long Co., Inc., closed the evening with a brief testimony about what his company is doing to not only hire former offenders, but provide training and support services for them. “While it is hard for felons to find employment, it is not impossible, especially if those in business will take a chance and hire them,” he said.

Stay informed about what is taking place in criminal justice and prison reform at www.facebook.com/OARJustice. 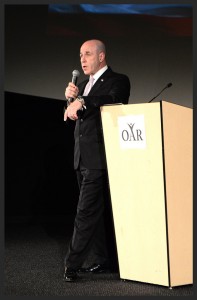